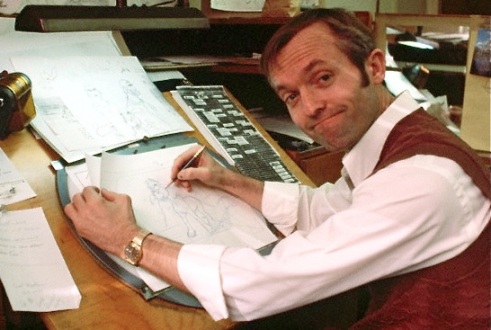 Don Bluth is another legend in the field of animation. A quick online search also revealed that after leaving the Walt Disney Company in 1979, he went on to direct such notable films as The Secret of NIMH, An American Tail, and The Land Before Time. Currently, he is the owner of his own independent studio, Don Bluth Films.

I wonder if animators were likely to wear down their pencils to the very end. If cost and availability aren’t a factor, how low do you go before you inaugurate a new pencil? In the case of the Blackwing the ferrule almost acts like an extender, i.e. your fingers have a little something extra to grasp.